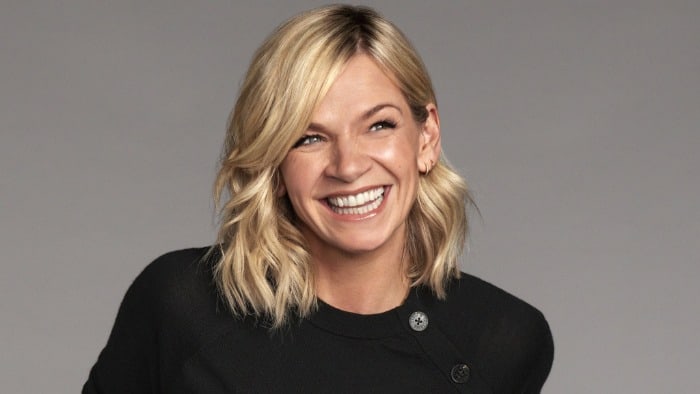 Zoe Ball (Zoe Louise Ball) is a British journalist who serves as the host of The Radio 2 Breakfast Show and also hosts the show It Takes Two which airs every weeknight on BBC Two. She formerly worked as a runner and later as a researcher for Granada TV in Manchester, as well as hosting for ITV.

She boasts of a height of 5 feet 10 inches tall.

She is the daughter of Johnny Ball a legendary broadcaster and TV presenter and Julia Anderson (mother). Her father is most known for making math and science interesting for kids on children’s TV shows like BBC’s Think of a Number and ITV’s Johnny Ball Reveals All in the late 1970s and 1980s. When Zoe was two years old, the couple married in 1969 and divorced in 1972. In 1976, her father married Dianne Cheryl.
She has one brother by the name Jamie Clark.

Zoe is dating Michael Reed, the owner of a construction company, whom she met through a mutual friend in December 2017. They dated for two years before breaking up at the end of 2019 for a little period before reuniting in January 2020.

Ball was previously married to Fatboy Slim, a DJ and singer who she met while working at BBC Radio 1. In August 1999, the pair married at Babington House in Somerset. They broke up in 2003, but eventually reconciled. After 18 years together, the couple announced their split on September 24, 2016. The two were blessed with two children in their marriage; Woody Cook born in 2000 and Nelly May Lois Cook born in 2010.

Following her breakup with Norman, Zoe began dating cameraman Billy Yates, who tragically committed suicide on May 4, 2017 at his home in Putney, South London. According to a person close to Billy, the cameraman was depressed. Zoe explained that she wanted to do something to honor Billy’s memory, so she set out on a 300-mile bike ride for Sport Relief from Blackpool to Brighton. The incredible effort raised over £1 million.

Zoe went to Heston Junior School in Hounslow, then to Farnham Common First School and Farnham Common Middle School before going to Holy Cross Convent School in Chalfont St Peter and then to Amersham College of Art and Technology. She was also a member of the Young Theatre in Beaconsfield, where she received acting training.

Ball anchors the BBC’s Radio 1 Breakfast and Radio 2 Breakfast Shows, as well as the BBC’s It Takes Two, which airs every weeknight on BBC Two. She was the first solo female host of the Radio 1 Breakfast Show. She has co-hosted four popular series of Channel 4’s “The Priory” with Jamie Theakston. She has also hosted Radio 2’s ‘The Definitive History of UK Dance Music,’ as well as a Saturday morning show with Danny Baker, and she fills in for Ken Bruce and Dermot O’Leary on their respective Radio 2 shows. She was also a contestant on BBC1’s “Strictly Come Dancing” series, and in 2008, she participated in a nationwide “Strictly” tour.

Zoe also hosted the BBC One children’s show Live & Kicking on Saturday mornings and the pre-school show Playdays. Ball presented SMart with Mark Speight and Jay Burridge in 1994, and she stayed with them until 1996. She also presented the first series of Fully Booked and was a regular on Top of the Pops.

She formerly worked for ITV1, where she co-hosted the wildlife series “Extinct” with Trevor MacDonald, presented the second series of “Soapstar Superstar,” and hosted ITV1’s worldwide hunt for a “Sandy” and “Danny” in “Grease Is The Word.” She also worked as a runner for Granada Television and as a researcher for BSkyB’s Cool Cube. She subsequently spent two years as a researcher for quiz programs.

Just two years after purchasing her lovely East Sussex five-bedroom home, Zoe put it on the market. The magnificent home has been a smash, becoming the most viewed home in Sussex on Rightmove in 2020. Zoe and her husband relocated to their new home in Newick, which was built in the 1920s by Russian nobility Baron Vladimir de Wolff and includes a swimming pool, tennis court, and acres of land. 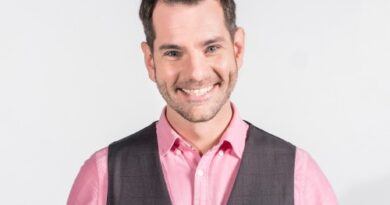 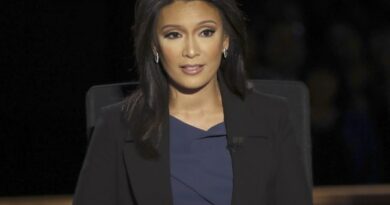